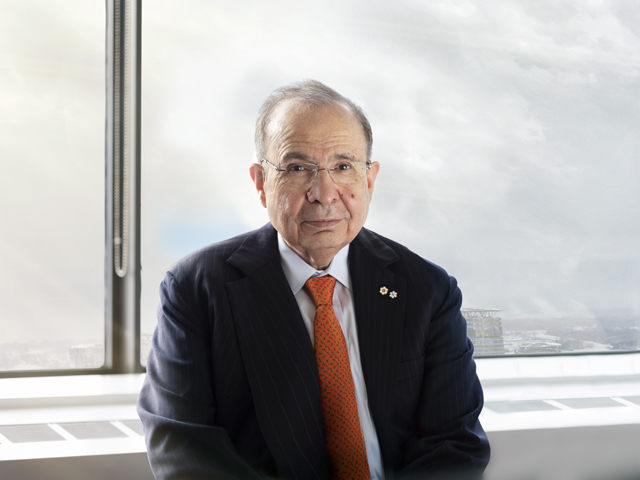 Hassan Khosrowshahi is the President of Persis Holdings and Chairman of Persis subsidiary, Wesbild Holdings.

Prior to coming to Canada, Hassan managed Minoo Industrial Group, a major Iranian manufacturer and distributor of food products, pharmaceuticals and cosmetics. Minoo produced products under its own brand names and under license for major international companies such as Sandoz, L’Oreal, Beatrice Foods, and United biscuits. It was also the exclusive distributor for Nestle S.A. in Iran.

In 1981, Hassan immigrated to Canada and founded Persis Holdings (formerly Inwest Investments) with operations in retail and real estate.

In 1982, Hassan founded Future Shop, which grew to become the largest consumer electronic retailer in Canada. Future Shop was sold to Best Buy Co. Inc. in 2001. Simultaneously, through Wesbild Holdings and its subsidiaries, he established a real estate business in the Pacific Northwest comprising residential, industrial, and income producing asset classes.

Hassan Khosrowshahi has received a Commemorative Medal for the Golden Jubilee of Her Majesty Queen Elizabeth II, has been appointed a member of the Order of Canada and Order of British Columbia and inducted into the Canada Business Hall of Fame.

BACK TO LIST
You are here: Home1 / About Us2 / Our Team3 / Hassan Khosrowshahi