THE FOOTHILLS AT BURKE

Love where you live

In 2002, Wesbild purchased approximately 400 acres of land on Burke Mountain from the government of British Columbia and private landowners. Wesbild actively participated in the neighbourhood planning process with the local residents, environmental stakeholders and the City of Coquitlam, before moving our parcels through the approval process.

As construction began in early 2007 a new community was born out of that extensive collaborative process, with several of BC’s most trusted home builders invited to bring their talents to this community, including Foxridge, Morningstar, Polygon, Noura, Gardenia and Wallmark. The Foothills at Burke Mountain is now home to many families with new neighbours moving in each week.

In Spring of 2014, Wesbild acquired an additional 370 acres of Burke Mountain land from the province. Approximately a quarter of the newly acquired land is situated within approved neighbourhood plans, Smiling Creek and Partington Creek; a large percentage of the remainder is a part of the City of Coquitlam’s Northwest Burke Vision (NBV), which is already underway. This will continue Wesbild’s over 35-year history in the City of Coquitlam. Over the course of this community’s evolution, Wesbild has worked in partnership with the city on a number of substantial infrastructure projects. These include the extension of David Avenue, storm sewer & water supply installation, plus the creation of community parks. Furthermore, we are committed to developing additional community amenities such as schools and transportation.

With its many types of homes, including estate residences, large single-family, small single-family, row homes and traditional townhomes, The Foothills is a testament to the act that a community requires options for every family from the first-time buyer right through to the empty-nester.

We are constantly asking ourselves: Is this an inviting, thoughtfully designed place that brings people together?

THE FOOTHILLS AT BURKE
Burke Mountain, Coquitlam, BC

COMMUNITIES THAT COMPLEMENT THEIR NATURAL ENVIRONMENTS

The Foothills at Burke Mountain in Coquitlam is a community of interlinked, family-friendly neighbourhoods, with new residents moving in every day. Several of BC’s most trusted home builders have been invited to build at The Foothills. Adhering to stringent design guidelines, every element is created to add more and more value over time. Close consultation with city planners and forward thinking in building green and incorporating true community amenities makes the difference. The mix of 1,500 homes at The Foothills include estate residences, large single-family, small single-family, row homes and traditional townhomes.

At The Foothills, there is an extensive trail network, parks, green spaces, new schools and a future Village Centre in the Partington Creek neighbourhood At the corner of Coast Meridian and David Avenue, the shops at Meridian Crossing and Meridian Corner are central community hubs to community residents

COMMUNITY BUILDING – OPPORTUNITIES TO OWN

From estate residences to single family homes, duplexes to traditional townhomes, there’s a home to fit you and your family at The Foothills. At its heart is a collection of homes built on the mountainside, which means gorgeous views stretch out in front of you while behind you, the spectacular natural world becomes your backyard. 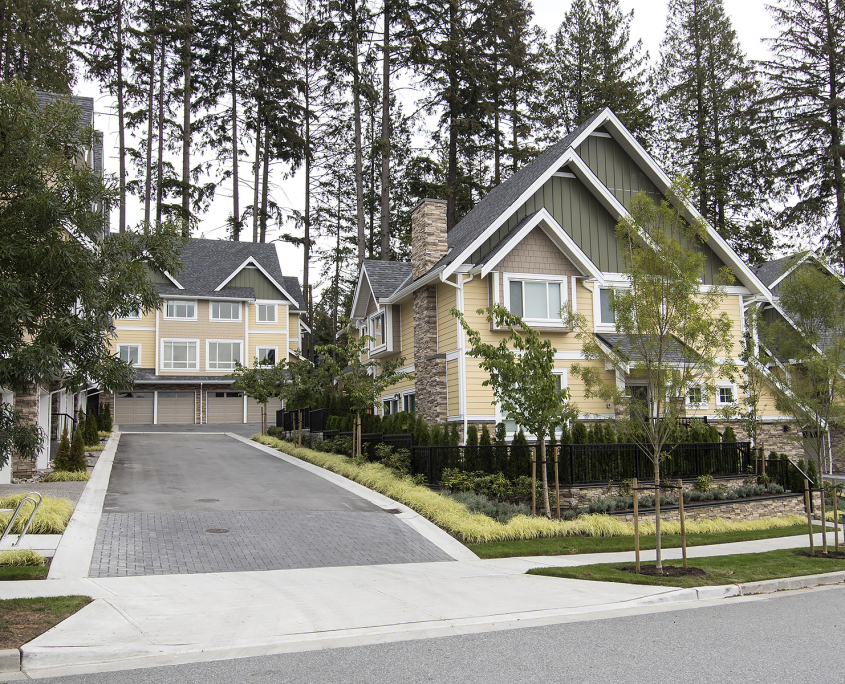 Sheffield by Morningstar Homes is an exclusive neighbourhood of 30 single family view homes currently under construction. The 3300-3800 sq.ft. single family homes are built to take in the breathtaking panoramic views of Pitt River and Mount Baker. Sheffield is now sold out.

LEARN MORE
You are here: Home1 / Residential2 / The Foothills At Burke Mountain